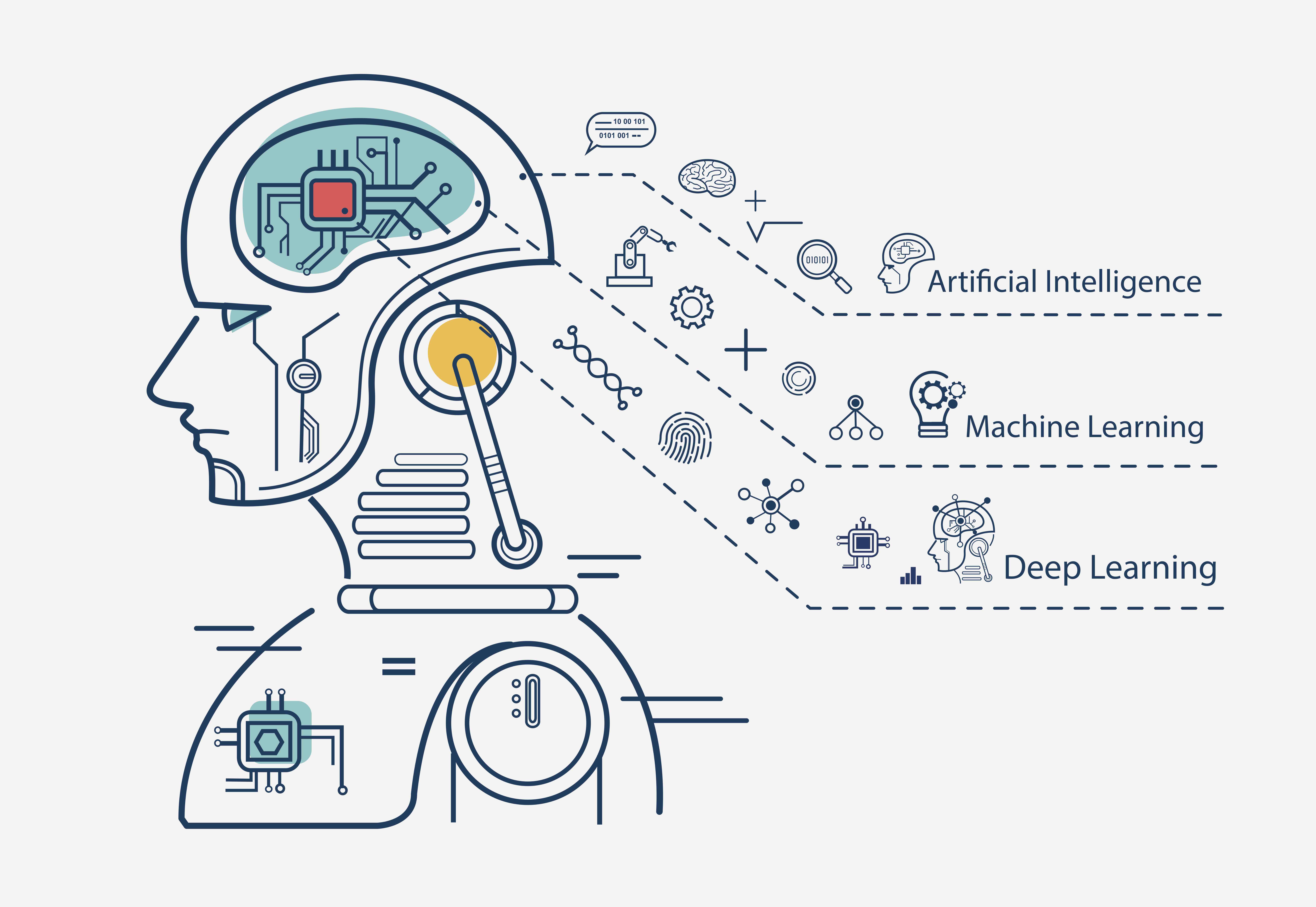 It’s no secret that artificial intelligence (AI) is a complex subject. The industry is constantly evolving, and, for many, the concepts may initially seem foreign.

If your organization is considering the use of AI, we invite you to check out this two-part series that defines the six common AI buzzwords that are the cornerstones of artificial intelligence: machine learning, neural networks, deep learning, natural language processing, Turing Tests, and algorithm vs. heuristic. We hope this knowledge will help you easily navigate AI conversations. Let’s get started!

What is Machine Learning?

Have you ever watched a documentary on Netflix ™, only to have the system suggest eight more documentaries when you were done? That’s machine learning!

It’s essentially a computer program that learns from experience. Every time a user interacts with the program, it uses the feedback it receives to more accurately predict future behaviors. In theory, each interaction should yield improved results.

Going back to the Netflix™ example, assume that you watched a documentary about a comedian. It’s likely that the next time you log on, the algorithm will recommend other documentaries as well as movies starring the comedian, and, possibly, some stand-up comedy shows.

Depending on what you choose to watch next, the program will further refine its recommendations using the information it has just gathered about your preferences. Each time you watch a show, the results become more statistically significant and the algorithm’s recommendations should become more relevant to what you actually want to watch. This is also the system used by popular search engines like Google™ to place relevant advertisements in user’s feeds.

Since machine learning is driven by user feedback, it’s subject to some limitations. For example, if another user were to log into your account and start watching horror films, it makes sense that this could alter your recommendations. However, as machine learning continually improves, someday it may also be able to handle these types of complex situations.

The next important AI buzzword is “neural networks.” Think of this as a computer system designed to mimic the neural networks in the brain. To understand how neural networks work in AI, it helps to begin with reviewing the anatomy of a neuron and how it behaves within the human brain.

A neuron has a connection on each end. One, called dendrites, accepts inputs while the other, called axons, gives off outputs. Neurons communicate with one another by transmitting electrical signals from the axon to the dendrite. In “all-or-nothing” biology, neurons must either fire or not fire. There is no in-between and no such thing as a partial fire.

Like all things related to AI, this field still has a long way to go before it’s as accurate as it could be. This is primarily due to the fact that neurobiology is a relatively new field in science. Much is still unknown about the way electrical signals work in the biological brain.

AI engineers have begun experimenting with modeling more complex biological concepts, like “threshold.” This is the amount of signal that’s needed to trigger a neuron to fire. In AI, neural networks nodes are typically “weighted,” which requires threshold levels to vary from node to node. The IBM™ Watson dashboard is a prime example of using a drag-and-drop system to create neural network models that can help solve challenging/intensive computational problems.

Clarifying the Concept of Deep Learning

Deep learning is a broad machine learning concept. It’s simply the process of extracting useful patterns from collected data. Marketers generally aren’t using methods that are used in AI for specific machine learning tasks, like neural networks and programming languages such as Python™. However, everyone in marketing, data science, and the AI world has an interest in collecting clean, useful data.

In AI, deep learning is the driving force behind innovations like self-driving cars, facial recognition, speech recognition, and image classification. It also powers paid search and social ads. When applied to digital advertising, deep learning enables users to build campaign structures that make data collection easy to understand and simple to optimize. This helps users recognize patterns faster and with more nuance, allowing campaigns to be changed on the fly when circumstances warrant.

By now, you should have a good understanding of three of the most important AI buzzwords. Join us in a couple of weeks as we explore the final three buzzwords you should know as you begin to explore AI capabilities for your organization.